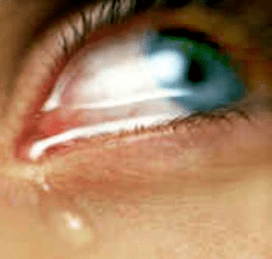 As a young newspaper photographer, I saw some pretty horrific things. Arriving at accident scenes often ahead of the police, I was exposed to some raw suffering. But somehow I remained unemotional and was able to continue shooting pictures to complete my assignment.

Some of the worst of what I witnessed has stayed with me. Decades later I can still recall the detailed facial features of an 80-year-old man pressed deeply into the metal of the passenger-side dashboard of an old 1953 Studebaker.

I remember the State Police at a pre-dawn crash of a military fighter jet dipping small pieces of smoking wreckage into pails of water, trying to separate airplane parts from the human remains. Local citizens watched from the roadside and retched, but I just kept shooting.

After one particularly horrible midnight accident on an unlit portion of the Saw Mill River Parkway I arrived before the responding police. Three people died, one with her legs cut off. I photographed her father on his knees, tearfully wailing.  I delivered my images to the New York Daily News, drove home in a daze, and fell asleep for 40 straight hours. The misery of that scene penetrated my shell.

Usually I was able to compartmentalize. For a photojournalist, this was a requirement, but I was always surprised to discover that I could remain so stoic while covering such tough events. And as a result, I noticed that I tended to be steely-eyed and analytical at friends and family’s memorial services and weddings. I wore my professional composure like a suit of armor, rarely doing more than showing a sad face or grinning mightily when it was appropriate.

When I became a father, however, something changed. As I watched my son’s thrilling entry into the world, I remember holding a movie camera and being so enraptured I forgot to press the trigger. At weddings, when I heard the words, “With this ring, I thee wed…,” tears leaked from the corners of my eyes. I even started getting weepy at movie scenes of personal triumphs and babies being born.

A few years ago, Gregory, my only child, and his longtime girlfriend, Ann, after moving across the country, decided to marry. At their wedding, I was so happy that I grinned for so many hours that my cheeks hurt. No tears, just pure wide-faced grinning. Later I thought, “It doesn’t get much better than this!”

But then, at the age of 71, when my friends opened their wallets to show pictures of their grandchildren, I felt tinges of anxiety over the possibility that, as working professional people, Greg and Ann might have decided to pass on having children. Whenever this thought crossed my mind, my heart sank and I began thinking about ways to drop a hint without being too annoying. Soon I was throbbing with undelivered hints but my friends told me, “Cool it and leave them alone.”

For two years I regularly joked about the dust collecting in the photo section of my wallet. At a dinner party, I kiddingly asked to rent photos of a friend’s grandchildren. Recently, sitting in my doctor’s waiting room, I drifted into a fantasy of a future where Greg and Ann are still thinking about having children while I’m getting all grey, old and feeble. I saw myself in that distant future, sitting on their living room floor playing with my giggling grandchild and not being able to stand up without the help of all three, Greg, Ann and the baby. Sometimes, the fantasy was even darker: I imagined dying, knowing that I had never seen Greg’s children because they were still thinking about it.

Last Christmas, Greg and Ann gave me a fascinating electronic picture frame that continuously shows family photos that are uploaded to a web site’s electronic album and then, play back into my house 3,000 miles away onto the frame. Every eight seconds, a new picture appears in an endless cycle. The beauty of this is that Greg and Ann can upload images from California and the next morning in New York, while having coffee, I can see the latest batch of the two of them dressed up for parties, or posing next to the airplane in which Greg flies aerobatics, along with endless photos of their two cats, Max and Cruiser. It’s like a family version of The Today Show. The frame sits on a sideboard in the dining room glowing with personal images and I can’t pass it without pausing to smile.

Now, it’s two months later and I’m lying in bed watching the news before drifting off to sleep, I get my twice-monthly call from Greg at 11:30 pm. I’m groggy but, as usual, wake myself fully to talk with him. “Hi, Dad. I just loaded up some new photos onto the frame. Take a look.”  “Geez, Kid, It’s late and I’m in the sack. I’ll check them out in the morning and give you a call. More pictures of the cats?” Greg says, “Yeah, there’s one of Max. Give me a call when you see them.”

The next morning, I’m deep into the newspaper, sipping coffee and absentmindedly throwing a Jingle Ball for my cat, Sandy, to fetch. She trots back with the ball in her mouth and drops it under the electronic frame on the sideboard. I see a new portrait of Max in the luminescent frame and yank my chair over and plop down to watch the newest images from the kids. Their cat Max’s face dissolves into a photo of Greg and Ann, both wearing big grins and dressed in formal wear. The next image confuses me.  It’s a strange black picture with some white sweeping lines like an aviation radar screen. I press a button to freeze the image. What is it? Then I see, up in the left corner of the image, the word “Ann.” I see, in the sweeping lines, two tiny “x’s” with a miniscule blob of white between them. My mouth is agape. I stand up, staring at the screen. The dining room’s ambient noise vanishes and I’m there in the absolute silence of tingling joy. I’m looking at my grandchild.

I walk into the kitchen and place my coffee cup in the sink. I place both hands on the sink’s edge and start to cry. Tears splatter onto the stainless steel. It’s a crescendo of sobs.

I turn to see Sandy, looking at me with the Jingle Ball in her teeth. She drops the ball and turns, waiting for me to throw it. I think, I’ve got to call Greg and Ann immediately, but I stop for a second and look at Sandy, ready for the chase. I think that I’m going to need a little practice playing on the floor, so I wipe my eyes, kneel down next to her, and heave the little ball way into the living room. 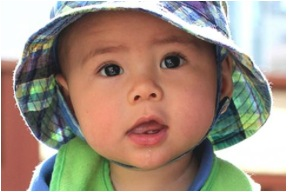 One thought on “Crybaby”